Kava: Dosage, Benefits, and Side Effects

For several years, Pacific Islanders have explored the benefits of kava. During ceremonies, it was used to improve relaxation.

In recent times, this product gained more recognition and attention due to its stress-reducing and relaxing properties. But, many have linked some health issues or concerns to its use. Therefore, several questions have been asked about the safety of this product.

This is why, in this read, we will be discussing the important things everyone needs to be aware of when it comes to kava products, from their dosage to benefits, and potential dangers. Let us get right into it by first discussing what exactly it is.

Kava – What exactly is it?

Kava is an evergreen shrub that has woody stems and leaves that are heart-shaped. Piper methysticum is the plant’s scientific name.

Traditionally, the plant was used by Pacific Islanders to make drinks which were taken during social gatherings and rituals. You can visit here https://www.britannica.com/place/Polynesia to learn more about the Pacific cultures. To make the drink, the roots of the plant will first be ground and would become a paste. 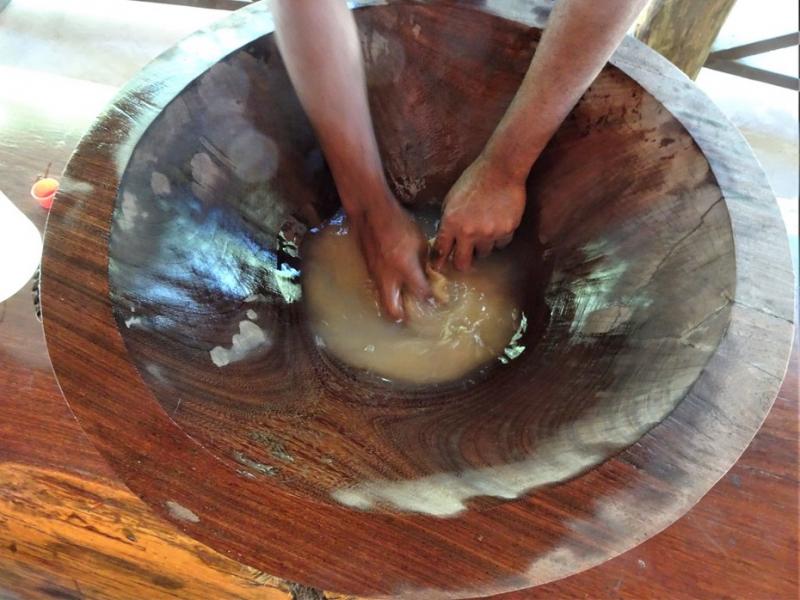 Back then, the grinding process was done by chewing and spitting out the roots. Nowadays, hands are used to carry out this process. Once the root is properly ground, water will then be used to mix it, after which, it will be strained, and ready for consumption.

The active ingredients found in the plant are kavalactones. According to studies, kavalactones have these effects:

The following are some of the most common benefits of kava:

So many people are struggling with anxiety disorders these days. These disorders are often treated with either or both talk therapy and medications. Therefore, there are several medications available for the treatment of these disorders.

However, most of these medications may have some side effects; users may also become very dependent on them. Due to this, most people with these effects often opt for supposedly natural and safe remedies such as kava.

In 1997, long-term research was done investing kava’s effects on patients with anxiety. It was found that the anxiety of the participants of the study was significantly reduced.

Furthermore, side effects linked with dependency or withdrawal were not recorded. This is unlike with other medications used for the treatment of anxiety where these side effects were considered commonplace.

Since 1997, other research has been carried out and they have shown that kavalactones are truly beneficial for the treatment of anxiety.

Sleep depravity is associated with several medical conditions including cancer, obesity, diabetes, high blood pressure, and so on.

A lot of persons have these underlying health issues that affect their sleeping patterns. Due to this, several people use sleep medicines to aid their sleep. But, just like with medications for anxiety, these sleep medications can lead to dependency.

Therefore, some persons would rather use kava as a better option to aid sleep since it has calming properties. Studies reported that kavalactones helped reduce insomnia and stress in persons with sleeping issues.

Interestingly, that kavalactones can help with insomnia can be linked with the effects it has on anxiety. People with anxiety often have insomnia that is stress-induced. So, in some insomnia cases, this product could be treating the underlying issue (anxiety) and this would, in turn, help the person sleep better.

According to experts, a person’s consumption of kavalactones daily should not be more than 250mg. An effective dose is often between 70 to 250 mg. You must note that how long kava lasts or the effects it has on the body can be influenced by the quantity consumed. Therefore, the proper dosage should not be exceeded.

Most kava supplements will have the kavalactones it contains listed in percentage or milligrams. If it is written in percentage, you have to do some calculations to be certain of the content.

For instance, if a capsule is stated to have kava extracts of 100mg and 30% kavalactones that means its kavalactones content is 30mg. That is, 100 mg (the kava extract in the capsule), times 0.30 (the kavalactones percentage). In this case, an effective dosage within 70 to 250mg would be about 3 capsules.

Although kavalactones are great for people with anxiety, a lot of persons are still bothered about the product’s potential ill effects.

At the beginning of the 2000s, several liver toxicity cases were reported. These cases were linked to the consumption of kava. After which, the US Food and Drug Administration gave a warning concerning kava products and their link to liver damage.

Some countries like UK, Canada, France, Switzerland, and Germany even went as far as restricting and even banning its use. However, after a while, Germany lifted its ban since the evidence on its related risks was poor.

Despite this, kava is said to have several ill effects on the liver. One of these ill-effects is how the liver interacts with some drugs. Kava is broken down by some liver enzymes; these enzymes are also used for other drugs breaking down processes. You can read this to learn more about the liver and drug absorption. Since these liver enzymes are being used by kava, they may become tied up and unavailable to break down these other drugs.

When this happens, these drugs will build-up, which will ultimately cause harm to the liver.

Another reason these products are considered somewhat unsafe is adulteration. In a bid to cut costs, kava product companies may choose to use the plant’s other parts like the stems or leaves, rather than the roots. These other parts of the plant usually cause harm to the liver.

However, if you do not have any liver injury or using any medication that is known to have an impact on your liver, you can safely use the products, albeit for a short while between 1 to 2 months.

Kava is used by those with sleep depravity and anxiety. However, some bad side effects like liver toxicity can be linked to its use.