How Poverty Affects Our Appearance and Health 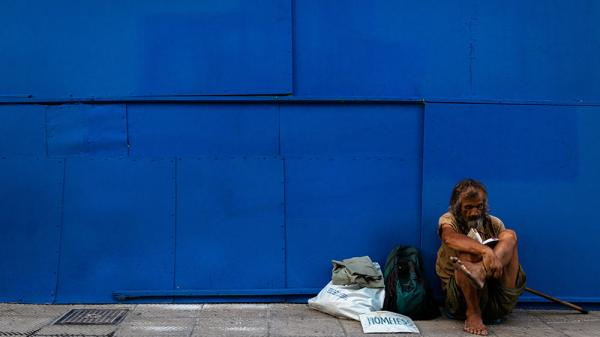 Since childhood, we have heard phrases that happiness cannot be bought for money, which theoretically should convince us that many of life's values are not related to wealth. But according to research, money affects us more than we would like to think. We will explain how poverty can affect our lives, starting from childhood.

The British charity organization Children's Society of the England Church conducted a study with two thousand participants. Children and their parents from different cities of Great Britain said how wealth level affects their studies.

Among children from low-income families, more than half admitted that when they need something to study, they do not even ask their parents to buy it. Children know that for their family, such a purchase will turn into financial difficulties. Instead, they come to classes without the necessary materials.

Meals were paid in many British schools and every fifth child from a low-income family said that they had to skip lunch because they did not have enough money. In some schools, students from poor families are provided with free meals, but this is unlikely to alleviate the situation.

To get a free lunch “for the poor”, the child needs to come to the dining room with a special card and 19% of the children admitted that it turned into emotional discomfort for them. Some said they were bullied because they could not afford “regular” lunches or study materials.

Unbalanced nutrition, strained relationships in the school, and missed classes will reflect on assessments and cognitive abilities. In the long run, bullying can lead to depression, anxiety disorders, and in extreme cases to suicide.

People often make superficial (often false) conclusions about people and their wealth, looking at clothes and accessories. But some studies show that even if a person is deprived of all the external attributes of wealth, their well-being will be reflected in appearance, literally on the face.

In 2017, a group of researchers conducted an experiment with 81 students. Each of them was shown 80 portrait photographs of men and 80 photographs of women without any items of clothing. The subjects had to guess whose income is more than 150 thousand dollars a year, and whose less than 35 thousand dollars. On average, people gave the correct answers in 68% of cases. This is noticeably more than one would have guessed by chance.

Researchers asked students exactly how they guessed which of the people in the photos was rich and who was not. The subjects found it difficult to answer. But when they began to demonstrate specific facial features, it turned out that the most revealing parts were the eyes and mouth.

According to scientists, everything is explained by the fact that wealthy people experience less stress and more positive emotions. Depending on what mood prevails in our lives, our facial wrinkles and facial features are formed in a certain way. If a person is constantly under stress for years due to a lack of finances, this will reflect on the face.

People with low income are more at risk for mental illness. This issue is devoted to more than a hundred studies that were conducted in dozens of different countries. 80% of studies have shown that people with low incomes are more likely to experience mental disorders.

Of course, it is unfair to blame only poverty for all psychological difficulties. It may be one of the factors that affect a person in combination with genetics and other life events. There is a difficulty with research in this area as experimenters cannot artificially make test subjects poor for a long time. So it remains to rely on data obtained in a non-experimental way. If unemployment rises in some locality or the average income level drops, the level of depression also rises.

Health is an inalienable right recorded in the Universal Declaration of Human Rights. According to WHO, every individual has the right to achieve the highest level of health and all social groups must be able to maintain the same level of health as the most privileged sections of society.

In 2008, WHO established the Commission on the Social Determinants of Health. It was led by a professor at University College London, Michael Marmot. He set the task of studying inequalities in health before twenty experts in the field of economics, sociology, and medicine from different countries.

According to the conclusions of experts, first of all, people all over the world die precisely because of social injustice. Poor living conditions, the inability to take a heart test, get the advice of a qualified endocrinologist, cardiologist in manhattan or other doctors, and timely treatment affect people’s health.

People with low income are also more predisposed to developing different addictions. Inability to resolve their money problems and receive pleasure from life in a normal way, people resort to help from narcotic substances. This significantly reduces the life duration and health quality.