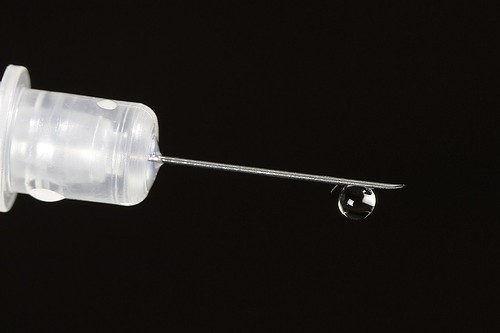 In the study released on June 24th at the Endocrine Society's Annual Meeting in Houston included over 6300 adults who participated in the study between 2001 and 2006. 25% of the sample included current smokers with a serum cotinine lever greater than 3 nanograms per milliliter.

After analyzing their findings and taking into consideration age, race, alcohol consumption, and physical activity, they found secondhand smokers have a higher insulin resistance and higher blood sugar, both of which are contributing factors for Type 2 diabetes risk. They also found that secondhand smokers have a similar rate of diabetes as those who smoke regularly.

Even with these findings, more research needs to be conducted to determine if smoking and secondhand smoke is the cause of Type 2 diabetes. Currently the study only shows a link between the two and the risk involved with being exposed to secondhand smoke.

This helped to determine the diabetes was not caused by obesity, but rather the effect of smoking and secondhand smoke. A1C is used by the American Diabetes Association as a way to determine if a person has diabetes. The current standard is if A1C is greater than or equal to 6.5%. This means the study showed that even though current smokers had A1C greater than 6.5%, their body mass index was less than nonsmokers who had lower A1C.

Secondhand smoke is responsible to over 30,000 deaths each year and millions of illnesses ranging in ages from children to adults. As the effects of secondhand smoke continue to be realized and studied, more attention needs to be paid to keeping nonsmokers safe.

Roger Thompson is a writer and medical student who suggests you Click Here to learn more about a less intrusive method of smoking.